New Zealand beats the Netherlands by 16 runs in 1st T20 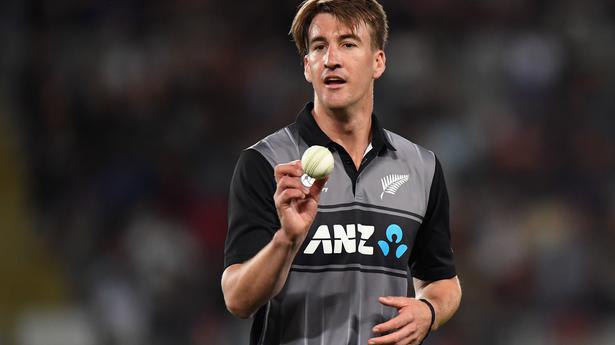 New Zealand bowled out the Netherlands for 132 and gained their Twenty20 by 16 runs on Thursday.

After New Zealand medium-pacer Blair Tickner took three wickets in the first 4 overs, the chasing Dutch felt the strain to hit out and misplaced wickets frequently.

Bas de Leede, who got here to the crease after seven balls of the innings, was the final man out in the final over for a match-high 66 off 53 balls, together with 5 boundaries and two sixes.

Jimmy Neesham added 32 off 17 however they labored towards Netherlands spinners Tim Pringle, Shariz Ahmad and Tom Cooper to place up 148-7.

But it was sufficient in their second matchup, and first since 2014. The groups play a second and final T20 on Friday.