From Roja to Brahms: how the South Asian Symphony Orchestra regaled Chennai 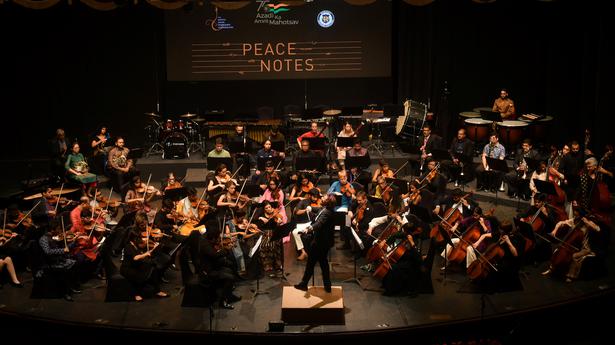 As a battle of musical prowess was waged on stage by the South Asian Symphony Orchestra (SASO), the viewers was left in peaceable silence of their seats at Sri Mutha Venkatasubba Rao Hall this previous weekend.

That the orchestra isn’t any stranger to the stage was made obvious by their sheer stage presence, having carried out in Mumbai and Bengaluru in years previous. This makes its efficiency in Chennai a long-awaited one, for each the musicians and their followers.

Before the orchestra might let free itsbombastic highs and melancholic lows, all current in the live performance corridor had taken a solemn stance as SASO started to play the National Anthem. As the final word of the anthem pale away, the viewers was left keen and grateful to those that made this evening potential, The South Asian Symphony Foundation (SASF).

Former Foreign Secretary of India Nirupama Rao, took to the podium as considered one of the co-founders of SASF, to converse of the group’s namesake and its variety. These, she showcased by asking these on stage from India and overseas to take a bow, earlier than inviting the chief visitor, Union Finance Minister Nirmala Sitharaman, to converse and light-weight the lamp to start the evening of music. Sitharaman described herself as having felt unable to sing alongside the National Anthem as the music performed on stage, merely since she believed her voice couldn’t add to the richness of sound that the orchestra had displayed. She additional added that the significance of such music is in the enjoyment it brings to everybody.

With time for phrases having ended, the musicians took to the stage of their formal apparel and commenced the evening with an homage to the Indian previous and a message of unity, by the track ‘Maithreem Bhajatha’.

The track had been sung by Bharat Ratna recipient MS Subbulakshmi and Radha Viswanathan at the United Nations, on October 23, 1966 on the event of UN day. As Nandini Chari sang in a crystal clear tone, accompanied by the sitar, bansuri and tabla, the track’s message of friendship between all nations appeared like a actuality for a second.

With the invocation ending, the orchestra awaited the swish of the conductor’s wand to start their siren-like sound. Alvin Arumugam, the music director of SASO and the Nimrod Orchestra, started conducting with poise and class.

‘The Cry of the Rose’, from the Mani Ratnam traditional Roja, was the true orchestral starting of the evening. The light and chic piece, despatched us again to the previous and put us in the footwear of Madhoo Shah in her function as Roja. The efficiency included a shock addition of a bansuri as properly.

From the peaks of Kashmir, we have been transported to Czechoslovakia instantly after, with the orchestra embracing a folk-inspired piece. Symphony No 8, by Antonín Dvořák, is an influential piece to many up to date composers and is thought to have a happier tone in contrast to many items of that age. This might positively be felt as a sense of cheer and optimism was unfold to those that heard it that evening.

Following a brief interval after the piece, the orchestra performed Academic Festival Overture  Op. 80, by Johannes Brahms, a lot to the viewers’s pleasure. Brahms had performed an essential function in Dvořák’s musical profession — by introducing him to his writer and aiding in awarding him the Austrian State Prize for Composition — making this selection of transition very becoming. The piece itself invokes the temper of German college students’ ingesting songs of the time, with an air of levity, heat, and pleasure.

Following this journey round Europe we have been introduced again to India with a chunk hardly ever carried out earlier than, titled ‘Swara Yantra’, composed by award-winning composer Shirish Korde. The efficiency itself appeared to take affect from Indian and Western musical types, making it persistently absorbing, with the violin by Priyanka Venkatesh and tabla by Durairaj Chandrajith virtually seeming to be in an enticing dialog with one another.

After the lull in the dialog the evening appeared to come to an in depth with the programme’s closing piece ‘Chinna Chinna Asai’, or ‘Dil Hai Chhota Sa’ in Hindi, a callback to the first piece from the identical film Roja. The all-familiar tune of the evergreen traditional led to one other wave of nostalgia from the viewers. This feeling was amplified much more with the addition of the Madras Musical Association Choir to the ensemble.

As the final word was performed, the viewers was left wanting extra. But a lot totheir delight, Rao had come up on stage to announce {that a} piece not talked about in the programme that evening was to be performed: a medley of Bollywood music from the Nineteen Fifties and Nineteen Sixties. This upbeat shock ensured that SASO’s Chennai efficiency didn’t go gently into that good evening.