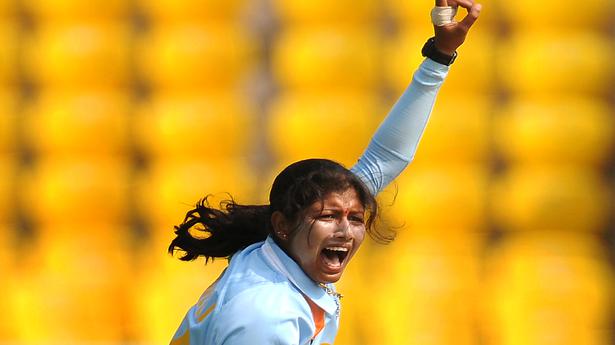 The 38-year-old performed 4 girls’s Tests, through which she scored 236 runs with one half-century.

The 38-year-old performed 4 girls’s Tests, through which she scored 236 runs with one half-century.

Former India girls’s staff captain Rumeli Dhar on Wednesday introduced her retirement from all forms of the sport.

The right-handed batter and medium-pacer introduced her resolution by means of an Instagram put up.

“23 years of my cricket that started from Shyamnagar in West Bengal has finally come to an end as I announce my retirement from all formats of cricket,” Dhar mentioned in her put up.

The 38-year-old performed 4 girls’s Tests, through which she scored 236 runs with one half-century. She picked up eight Test wickets since debuting in opposition to England in 2005 at Delhi. She performed her final Test in opposition to the identical opponent in 2006 at Taunton.

She additionally performed 78 WODIs, scoring 961 runs and taking 63 wickets, with six half-centuries since her debut in opposition to England in 2003 at Lincoln. She performed her final ODI in 2012.

Dhar, who performed for Bengal amongst different home sides, additionally featured in 18 T20s, through which she scored 131 runs and took 13 wickets after making her debut in opposition to England Women in 2006.

At 34, she made an surprising comeback to the India T20 staff in 2018 in opposition to South Africa, and performed her final recreation within the format in opposition to Australia Women on the Brabourne Stadium the identical yr.

One of the highlights of her profession was taking India to the ultimate of the 2005 Women’s World Cup in South Africa.

“The journey has been prolonged one with highs and lows. The high was representing the Indian Women’s cricket team, playing the World Cup final in 2005 as well as leading the Women in Blue,” mentioned Dhar.

According to Dhar, a “string of injuries” plagued her profession however she at all times got here again stronger.

She thanked the BCCI, her household, buddies, and all the groups that she represented for his or her contributions.