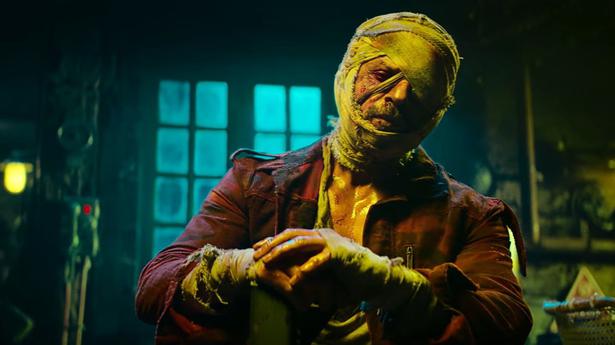 The title of Shah Rukh Khan and Tamil filmmaker Atlee’s film has been revealed: Jawan.

The first-look teaser of the film exhibits SRK’s character sporting a bandaged face and getting ready to tackle his enemies. Atlee is thought for his profitable motion flicks with Vijay equivalent to Theri and Mersal.

Produced by Red Chillies Entertainment, the action-entertainer is about to launch on June 2, 2023 throughout 5 languages: Hindi, Tamil, Telugu, Malayalam and Kannada.

Before Jawan, followers of SRK will even get to see him in Pathaan, which marks the star’s return to the flicks after over 4 years, on January 25, 2023. Pathaan is directed by Siddharth Anand, and in addition stars Deepika Padukone and John Abraham.

The remainder of the forged and crew of Jawan might be introduced within the days to return.