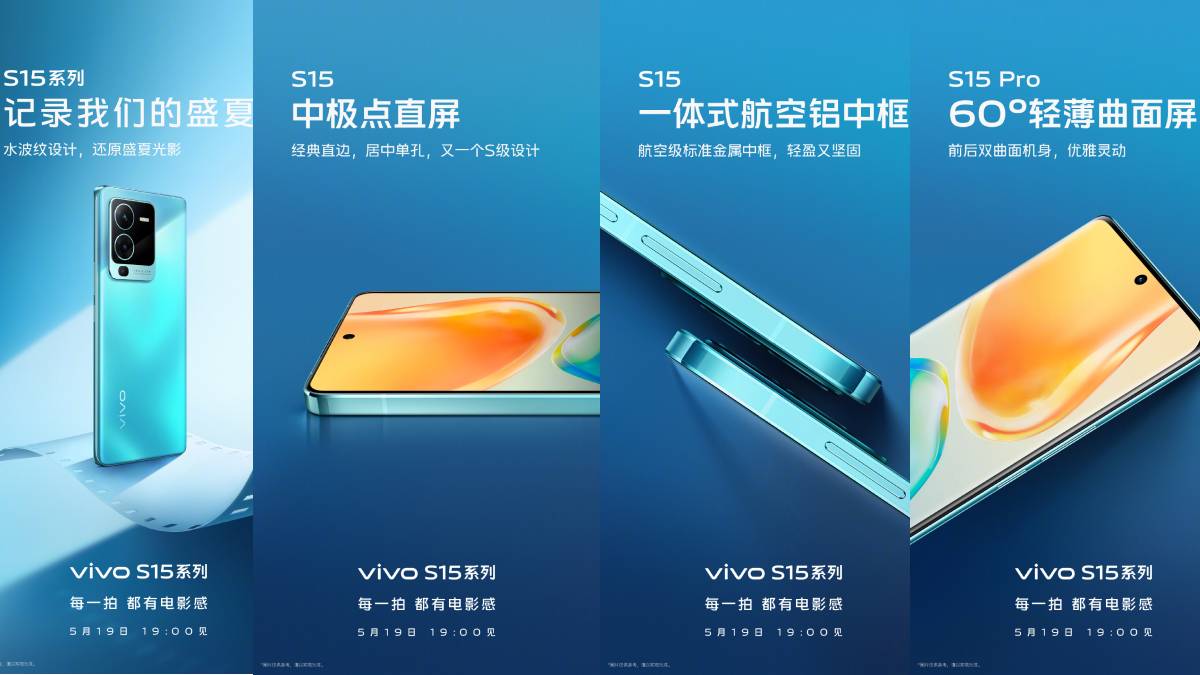 Vivo S15 collection is all set to be launched in China on May 19. Ahead of its launch, the Chinese tech big has formally teased the design of the upcoming smartphones. The two upcoming Vivo S15-series smartphones have been subjected to a number of alleged leaks not too long ago. And now, the official teaser photographs present that the Vivo S15 Pro will carry a 60-degree formed curved show. Besides this, the corporate has additionally confirmed the arrival of the Vivo TWS Air earbuds alongside these handsets.

Through a publish on its official Weibo deal with, Vivo has confirmed that the Vivo S15 Pro will carry a “water-ripple” design, with a mild curved display screen. It is proven in the teaser photographs that the upcoming smartphone sports activities a curved show panel on the entrance facet. In distinction, the common Vivo S15 is seen in the teaser photographs with a flat show.

The Vivo S15 collection can be teased to hold an aviation-grade aluminium body with curved corners and a singular texture on the again.

Previously, Vivo confirmed that the Vivo S15-series smartphones will run Android-based OriginOS out-of-the-box. The upcoming collection of smartphones have additionally been teased to come back with 80W quick charging help.

Moreover, previous leaks additionally hinted that the Vivo S15 Pro handset could possibly be powered by the MediaTek Dimensity 8100 SoC and could possibly be full of as much as 8GB of RAM and 256GB of storage.