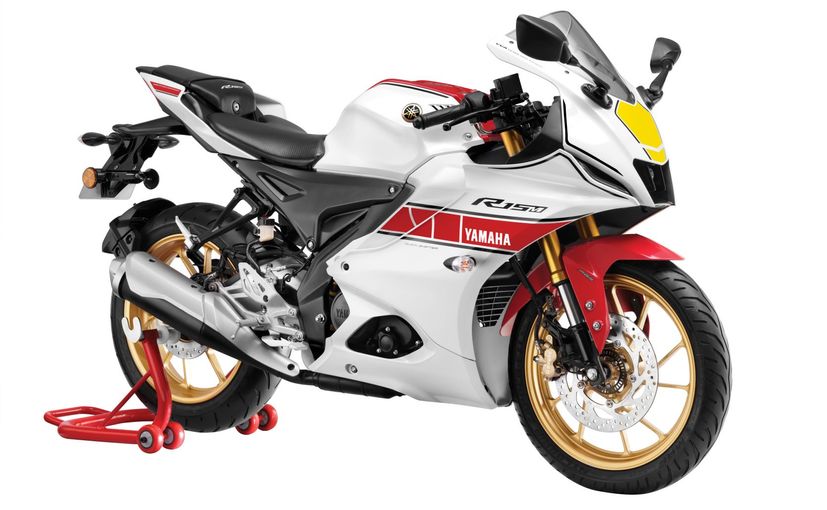 Special version R15M is impressed by the World GP YZR-M1 and celebrates the manufacturers affiliation with the game since 1961.

Yamaha has launched the brand new R15M World GP 60th Anniversary Edition in India at Rs 1.88 lakh (ex-showroom, Delhi). The new livery for the R15M commemorates the corporate’s affiliation with the premier collection of bike street racing since 1961. The firm says that the ‘pace block’ color scheme is impressed by the YZR-M1 race bike with its white and pink color scheme, gold wheels and gold tuning fork. The mannequin additionally options commemorative badging on the gasoline tank.

Speaking on the event, Eishin Chihana, Chairman, Yamaha Motor India Group of Companies mentioned, “The YZF-R15M in the WGP 60th anniversary livery is more than just a reminder of our racing legacy, it’s a milestone showcasing more than 500 World Grand Prix wins that Yamaha has achieved since 1961. It’s a symbol of our unrivalled passion for racing, our belief in the power of the sport, and our commitment to support, safeguard and encourage the motorsports culture as a member of the Grand Prix paddock.”

White and pink livery impressed by the World GP YZR-M1.

The World GP 60th Anniversary Edition will get all of the options from the usual R15M together with traction management, a fast shifter, an upside-down entrance fork, Bluetooth connectivity and dual-channel ABS.

The R15M World GP 60th Anniversary Edition is now the costliest variant of the R15M with the usual bike priced at Rs 1.86 lakh and the Monster Energy MotoGP Edition priced at Rs 1.83 lakh (ex-showroom, Delhi).