I never thought I would play 100 Tests: Kohli 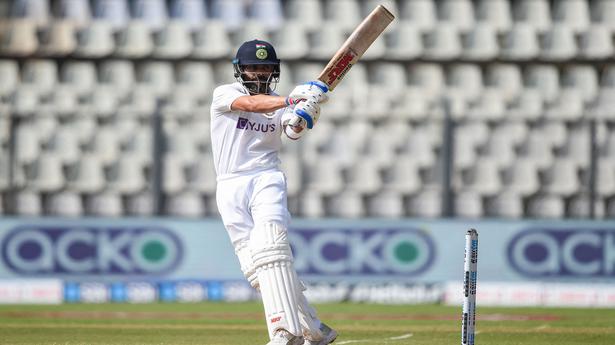 On the eve of what’s set to be a momentous event, Virat Kohli acknowledged that he never thought he would play a 100 Test matches. “I am just grateful that I have been able to make it to 100,” he advised BCCI TV. “It has been a long journey. God has been kind and I have worked really hard on my fitness. It’s a special moment for me, my family and my coach. It just feels surreal.”

The 33-year-old professed his love for the lengthy format but once more, calling it the actual deal. “I never grew up thinking that I would score small runs. The idea was to score huge runs. I scored about seven double hundreds before I made it to the First-Class level. My idea was to just bat long, bat sessions…”

“It revealed your true character and [was] something I thoroughly enjoyed. I just felt like Test cricket needed to stay alive and people needed to experience it. This, for me, is real cricket. I have given my heart and soul to this format.”

Rohit Sharma, whereas congratulating Kohli, credited the batting maestro for charting a brand new course for India in Tests. “It’s been an absolutely brilliant journey for him,” Rohit mentioned. “He’s done exceedingly well in this format, changed so many things in the way team is moving [forward]. It has been one hell of a ride and will continue in the years to come.”

“As a team, I think the series we won in Australia in 2018 was very big and he was the captain,” Rohit recollected. “As a batter, the best memory is his century in South Africa in 2013. Most of us were playing in South Arica for the first time and there was a lot of bounce. To go there and face someone like Dale Steyn, Morne Morkel, [Vernon] Philander, Jacques Kallis…it was the best knock I can remember.”