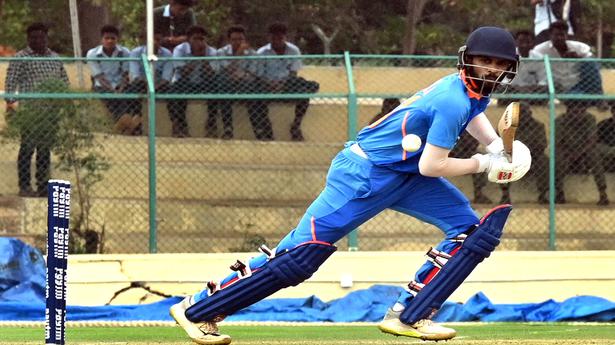 India opener Ruturaj Gaikwad was on Saturday ruled out of the remaining two T20 Internationals towards Sri Lanka owing to a wrist injury.

The BCCI has added Mayank Agarwal to India’s squad for the remaining two T20Is.

India lead the three-match series 1-0, with the second sport slated to be performed right here on Saturday.

The 25-year-old had been ruled out of the primary T20I on Thursday as effectively after he sustained the injury throughout a observe session.

“Batter Ruturaj Gaikwad has been ruled out of the ongoing T20I series against Sri Lanka. He had complained of pain in his right wrist joint ahead of the first T20I in Lucknow on Thursday and was examined by the BCCI Medical Team,” BCCI secretary Jay Shah stated within the assertion.

He will head to NCA for additional administration of his injury.

“An MRI scan was later conducted followed by a specialist consultation. Ruturaj will now head to the National Cricket Academy in Bengaluru for further management of his injury.” Mayank, who’s a part of the Test squad, has joined the crew in Dharamsala.

He had a bubble to bubble switch from Mohali to Dharamsala.